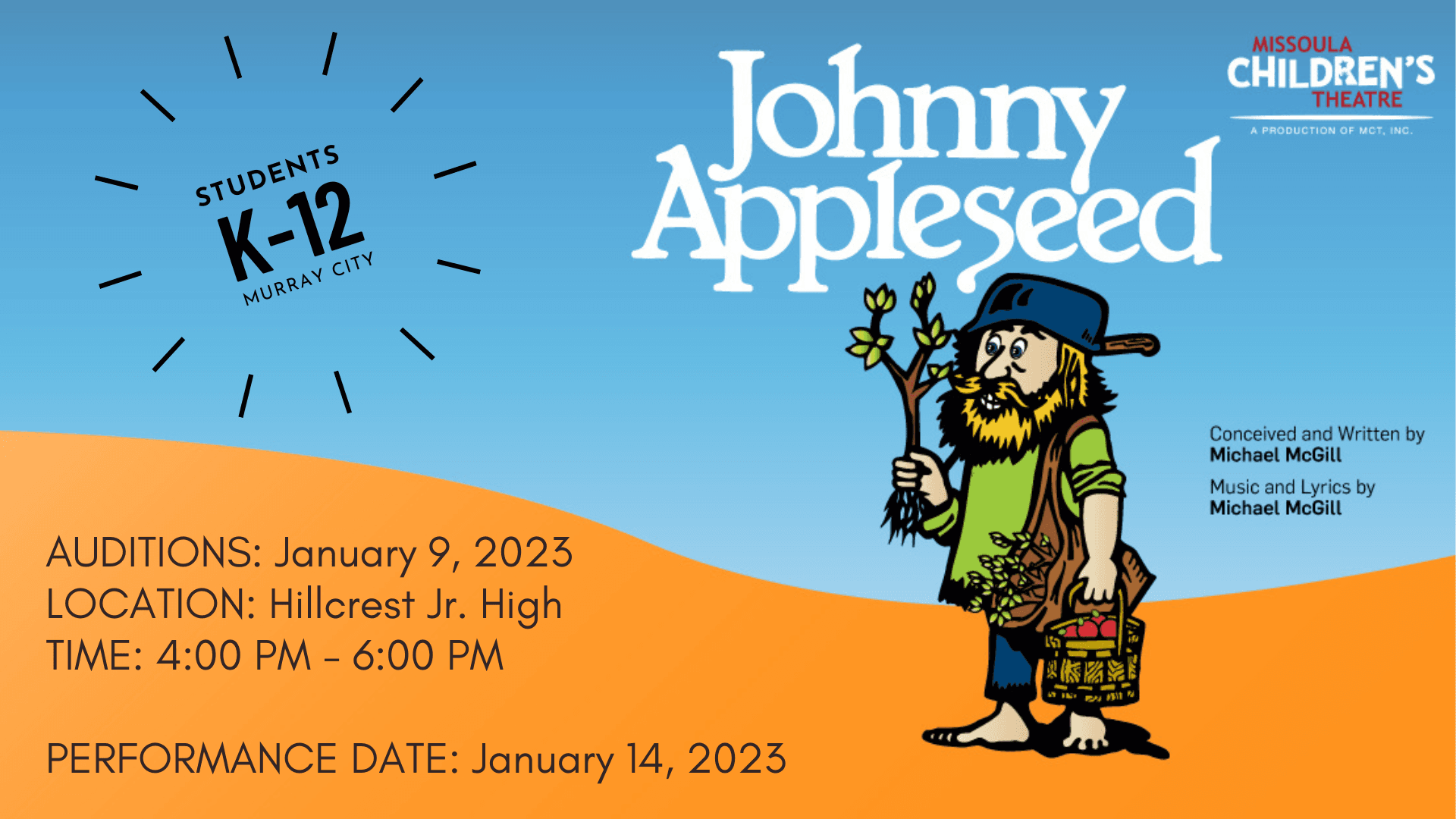 Join Johnny Appleseed and his pioneer friends as they plant apple orchards across the West January 14, 2023. An audition will be held for the Missoula Children's Theatre production of JOHNNY APPLESEED, January 9, 2023.