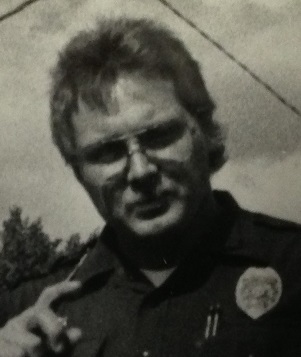 On the evening of November 13, 1987 a Murray City Police Officer was killed, and another seriously injured at the hands of a drunk driver. At approximately 11:50 p.m. Officers Jack Elmer and Rob Hall were sent to 5530 South State Street to investigate a traffic accident. Information received indicated that a southbound driver had lost control of his vehicle and crashed into the cement divider in the middle of State Street. The car was high centered on the divider and witnesses said the driver appeared to be intoxicated.

As Officer Elmer and Officer Hall arrived, they were told that the driver was still in his vehicle. He did not appear to be injured, but was obviously intoxicated. Officer Hall was an Alcohol Enforcement Officer and was asked to check out the driver and administer field sobriety tests. Officer Elmer walked over to the car with Officer Hall, as he began to talk with the driver. The wrecked car was positioned so that both officers had to walk out, and momentarily stand in the northbound lanes of State Street. As officers were talking to the driver, and having him get out of the car, a northbound Chev 4x4 pickup struck both officers. Officer Hall was struck by the left front corner of the truck and spun around into the mirror. He suffered a dislocated shoulder and severe neck injuries. He would later require two surgeries to repair his neck and shoulder. Officer Elmer was killed instantly, having taken the full impact of the speeding truck. He was carried over 200 feet before his body fell to the ground. He sustained multiple injuries, including numerous broken bones, a broken neck, and torn Aorta. The impact to Officer Elmer was so severe that his handcuffs, portable radio and dog leash were embedded into the grill of the pickup.

The driver left the scene and abandoned the truck at a nearby business. His passenger, who was deaf, returned to the scene and attempted to help officers find the driver. The driver fled to the area of Murray Park and called someone to pick him up. He was arrested three hours later at his parent's home in Sandy. A blood test revealed that his blood alcohol level was still nearly double the limit three hours after the accident occurred. He told investigators he had not consumed any additional alcohol after the accident. He also told investigators that he saw the officers overhead lights as far south as McDonald's (5800 South) on State Street, but due to his impairment he did not property react to the situation. His passenger validated this information, telling them that he warned the driver to slow down and pay attention because there were cops ahead.

Jack left behind a wife and two small children.

Officer Jack Elmer was the first and only Murray Police Officer killed in the line of duty.